The LASIK method is considered as the so far most innovative and safe procedure for correcting short- or long-sightedness  or astigmatism.

Other than is the case with the conventional LASIK procedure, the corneal flap is not created using a microkeratome (i.e. without a (micro)-scalpel) but with a high-precision and contactless laser, the so-called femtosecond laser.

As a result, LASIK can now for the first time be performed entirely without mechanical appliances.

The major advantage: This way, we get even more precise results and an even faster healing process. The flap reattaches all by itself and full vision is restored only a few hours after the operation.

Optionally, the LASIK-Xtra method can be subsequently performed to further minimise the probability of a refractive regression.

The advantages of LASIK

This treatment method offers lots of advantages compared to other eye surgery methods and is therefore the most common eye laser treatment:

What is LASIK used for?

LASIK can be used to treat short-sightedness up to –8 dioptres and correct astigmatism  up to 3 dioptres or long-sightedness up to +3 dioptres. Within these limits, the LASIK method is considered safe, reliable and scientifically proven. The method produces long-term results and complications at a later stage are considered extremely unlikely. For more than 20 years, LASIK has been regularly and reliably used as a safe treatment of short- and long-sightedness.

How the Femto LASIK method works 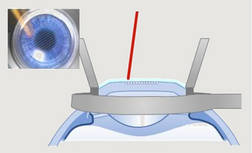 The femtosecond laser creates the lamellar flap by stacking many thousands of laser pulses on a plane. The surgeon can follow the exact progress of the laser cut via the surgical microscope and a monitor. 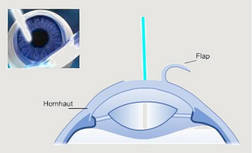 As is the case with conventional LASIK surgery, visual defects are corrected by removing corneal tissue with an excimer laser. 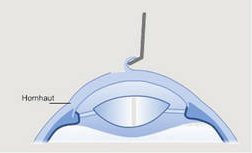 Finally, the flap is put back into place and attaches itself again.

The Femto LASIK (also called Femtosecond LASIK or Laser-LASIK) was developed in the USA back in 2001. Even the American space agency NASA has been relying on Femto LASIK for treating visual defects in their astronauts since September 2007. Since then, NASA is now also able to consider applicants who have had visual defects treated by LASIK.

Previously, the US Navy and the Air Force had already relaxed their rules relating to LASIK corrections in aircraft pilots and Femto LASIK treatment for jet pilots on aircraft carriers.

The origin and history of LASIK

As a method for eye surgery, LASIK was first patented by the German physician Josef Bille. In 1989, the Greek Dr. Ioannis Pallikaris performed the first LASIK eye surgery.

For more than 20 years now, LASIK has been regularly and reliably used as a safe treatment of short- and long-sightedness and astigmatism.

Selection of the optimal treatment method

Learn more about our methods of eye laser surgery 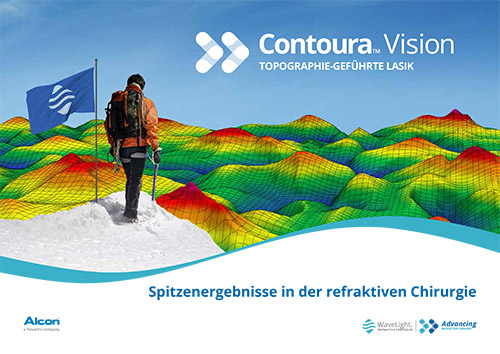 The latest excimer laser system is also referred to as custom LASIK. By removing one dioptre in only 1.4 seconds, it is considered the fastest excimer laser in the world. The advantage: Short treatment periods mean better quality. 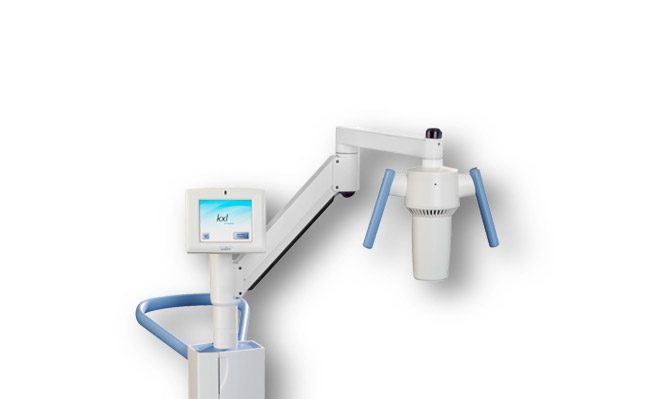 LASIK Xtra is an accelerated cross-linking procedure which is performed in connection with a LASIK or PRK operation. More than 80 000 operations to date underline its success. Younger patients in particular with severe short-sightedness and a still soft cornea can benefit from LASIK Xtra.